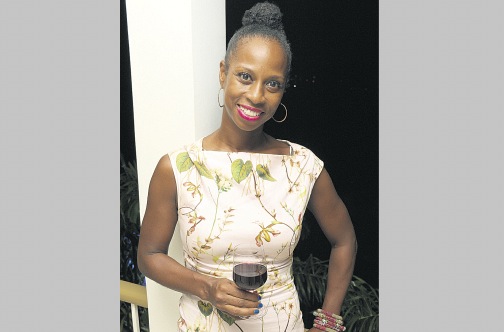 We were introduced to the charming Kwayera Archer-Cunningham at the upper St Andrew-hosted launch reception of The Destination Experience last Wednesday evening. Archer-Cunningham resigned from her position as an executive consultant of executive leaders, non-profit organisations and non-governmental organisations in the United States in June to return to Jamaica, the home of her parents, to jump-start her company, Global Ase, which looks to replicate the 25-year-long work she did in America. We sidle up to the always-smiling Archer-Cunningham to explore her devotion to social work.

What brings you to tonight’s Destination Experience launch event?

I have returned to Jamaica to work with non-governmental organisations, foundations and small agencies and I had the opportunity last night to attend an event for Global Shapers at the British High Commission and as a result my friend Chris Reckord invited me here to continue to share my skills with many people who are moving major activities in Jamaica for social good.

Do enlighten us about your history in social work in the United States.

Twenty-five years ago, I founded a youth and families non-profit organisation in New York that won one the nation’s highest honours from President Barack Obama. We received an award from the White House in November 2013; it’s an organisation that has served over 25,000 youth and families with international exchange, economic development, arts and culture and education, but I decided to resign on June 1.

Why did you resign?

Because I believe in sustainability and capacity building of all organisations, and not just speaking it but also living it. I founded an organisation to test the true strength of sustainability, was able to build the capacity, and it’s now a multimillion- dollar US agency with 40 employees.

What spurred you into being involved in social work in the first place?

Well, you know, my parents are obviously Jamaican and made their way to the United States. My mother was a haematologist at a hospital, and when I was younger she worked for and volunteered for sickle-cell anaemia foundations and would create fashion shows and raise money, in the States. I learned from her that you can have fun and do social events for social good, and she was very successful at that.

So you pursued social work as a result of her influence?

My initial career was as an artist and dancer touring the world with Alvin Ailey and Jubilation Dance company, but I decided that I wanted to help children who didn’t have the opportunities that I had.

Why did you leave the non-profit side to come here?

I decided to come back because in visiting Jamaica often, I looked at the need and realised it was greater than a lot of the resources. The more I came back, I saw there were pockets of resources that were not connecting to the need and then I looked at when people did get money and resources they were not always the best systems of sustainability to exist for future generations. I saw a lot of needs around hunger, education, development.

What do you think is Jamaica’s most pressing social need at the moment?

I think the organisation of resources and systems. I am definitely going to plug into that. I have been noted for my work in America for having really strong systems at every community and organised level of readiness, so whether it’s emerging, established or mid-size, I hope to connect people with resources with organisations and communities and people that are in need in really sustainable and clear strategic ways. I am now working with my first client — a major corporation with foundations that need a little more structure and assistance and they really want to use cutting-edge and research-based areas of non-profit excellence to run their foundations.

What are you sipping?

Jeans or a Little Black Dress?

An LBD because it’s a dress that can transition from day to evening.

I love stilettos because they give you stature although I am already tall.

Who does your hair?

I do my hair. I am a natural lady. I do not process my hair.

Who does your nails?

I go to Dawn at The Gallery near to Manor Park. I also go to Eden Gardens Spa.

What music are you currently into?

Today I was listening to Chronixx.

What’s the best piece of advice you’ve ever received?

What’s your idea of the perfect date?

What’s your idea of the perfect man?

Someone who is an independent thinker, a go-getter, athletic, healthy around food choices, has strong ethics and values, and spiritual.

Where do you see yourself five years from now?

Hopefully being very successful at sharing my skill set and knowledge through my Jamaican firm Global Ase Limited and passing it on to my fellow Jamaicans.