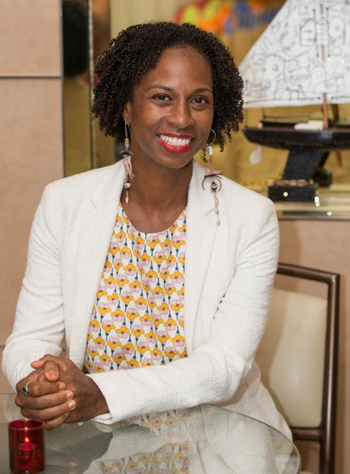 “As leaders become more seasoned and gain influence, it is essential for them to remember to be accessible to those they have the privilege of leading. Once you make yourself open to receiving feedback, finding thoughtful ways to respond to suggestions, comments or criticism will lay the foundation for collective growth.” – Kwayera Archer Cunningham, nonprofit executive and leader, Global Ase
“What we are celebrating today as we cut a ribbon is the largest single infrastructural investment in the development of our young nation. This (airport) facility is one that we can all be proud of and of which I am confident will help ensure the bright and successful future of Antigua and Barbuda.” – Asot Michael, Minister of Tourism, Economic Development, Energy and Investment – Antigua and Barbuda
“Years ago, some hotels would close during the summer months. That doesn’t happen anymore. We have tourists year-round, and we’re happy about that. Yes, we have the [peak tourist season] in winter, which goes from December to April, but during summer months, we focus on families. Once kids go back to school in late August/early September, we focus on business travelers or the wedding and honeymoon market, which is very strong in Jamaica. Business in Jamaica is no longer seasonal, so you have to think about who you are going to target in the winter, fall, summer, and shoulder periods.” – Sandra Scott, deputy director of tourism and marketing, Jamaica Tourist Board (PR Week)
“I’ve been to the Notting Hill carnival and the one in Grenada, where my family originally come from, but Barbados was way better. Trinidad is supposed to have the best one of all the islands, so I’ll have to try to get to that as well next year.” – Lewis Hamilton, Formula One driver (BBC Sport)
“They said it couldn’t be done. But my peeps…even when they tell you that (and) all the odds are against you, never give up. Fight on and keep believing in your God(-given) ability.” – Usain Bolt, Jamaican Sprinter
“I don’t think any athlete, any sportsman or woman since Muhammad Ali has captured the public imagination and propelled their sport as quickly and as far as Usain Bolt has. The Usain Bolts of this world will not come along on a conveyor belt.” – Sebastian Coe, President, International Association of Athletics Federations (Jamaica Observer)
“This is a national tragedy that requires us to forget political affiliation and other differences that divide us and to make a united effort to relieve suffering and rebuild Dominica. I would therefore like to make a special appeal to every Dominican to reach out to your neighbours, find out what their needs are, and share whatever resources you have with them. I would also like to reach out to members of the Dominican Diaspora to make a special effort to raise funds to send to relatives and friends at home, as soon as possible. Having such money circulating in Dominica is guaranteed to boost the local economy. I also want to make a national appeal to member nations of the OECS and CARICOM, friends of Dominica across the world, as well as regional and international donor agencies to help in whatever way they can. Fellow Dominicans, let us turn this disaster into an opportunity to rebuild Dominica and to continue on the unique and impressive path of sustainable development that we have been creating since 2000.” – Roosevelt Skerrit, Prime Minister, Dominica