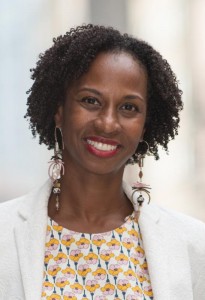 The media storm caused by the arrest of a young high school student in Texas for bringing a home-made clock to school has moved a prominent Caribbean leader to call for more cross-cultural understanding.

International nonprofit advisor Kwayera Archer Cunningham said the news of Ahmed Mohamed’s wrongful arrest, purportedly because he was thought to be carrying a bomb, saddened her “to the point of tears.”

Happily, Ahmed, who is of Sudanese Islamic heritage, has since received invitations from leaders in business and government, including U.S. President Barack Obama.

Archer Cunningham reported she was “overjoyed when I saw humanity come into play, and people join together to ensure a young child would not be damaged by what could be defined as stereotyping or worse, discrimination; unfortunately a common occurrence in our world of cultural insensitivity.”

Archer Cunningham noted: “Many cultures, races and ethnicities face this type of discrimination and poor judgment every day.” She believes that cultural tolerance is sorely needed. “We ought to find a way to understand that every group has extremists and that doesn’t condemn all of the citizens of such communities.”

Archer Cunningham believes members of the Caribbean community can play a role in helping to understand the norms of cultural diversity instead of promoting the ideal of a “homogeneous reality.” Diversity, she contended, makes the region vibrant, colorful and exciting.

While the Caribbean experience “shows how people of diverse faiths have co-existed under the Jamaican, Trinidadian and Caribbean brands,” she suggested one way to recognize the value of diversity could start with overseas communities. “Through a Caribbean diaspora brand, I believe we can become a model of individuality and collectivity that may subsequently inspire the world.”